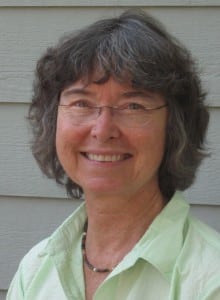 Paula Palmer is a sociologist, writer, and activist for human rights, social justice, and environmental protection. As director of Toward Right Relationship, a project of the Indigenous Peoples Concerns committee of the Boulder Friends Meeting (Quakers), she created and facilitates a workshop titled, “Roots of Injustice, Seeds of Change: Toward Right Relationship with America’s Native Peoples.”

For 17 years, as executive director of the non-profit organization, Global Response, Paula directed over 70 international campaigns to help Indigenous peoples and local communities defend their rights and prevent environmental destruction. In Costa Rica, where she lived for 20 years, she published five books of oral history in collaboration with Afro-Caribbean and Bribri Indigenous people, through a community empowerment process known as Participatory Action Research.

From 1995 to 2001, Paula served as editor for health and environment of Winds of Change magazine, a publication of the American Indian Science and Engineering Society (AISES). She holds an M.A. degree in sociology from Michigan State University and is adjunct faculty in the Environmental Studies Department of the Naropa University. She is profiled in American Environmental Leaders From Colonial Times to the Present (ABC-CLIO, 2000) and Biodiversity, A Reference Handbook (ABC-CLIO 1998).