SEEKING — Through a Vermont Childhood and Beyond, by Paul Wehr

Through a Vermont Childhood and Beyond 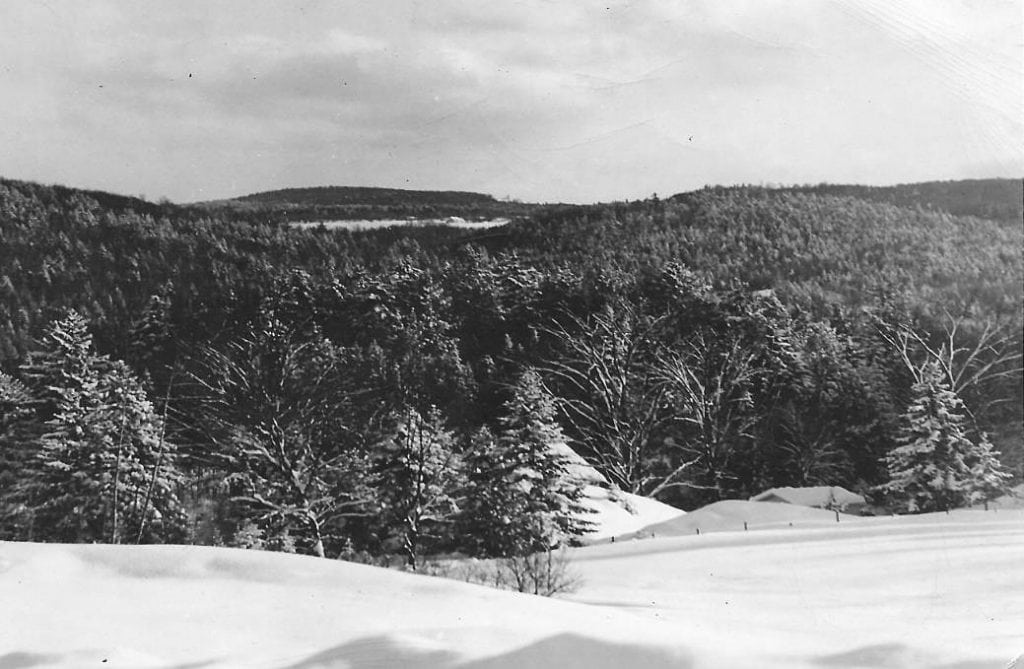 The farm on Sullivan Hill, in that distant clearing opposite the Northfield Range. A stop on the family’s journey. © Paul Ernest Wehr

“Memory is not just about the past;
it continues to inform and alter the present.”
…Robert MacNeil in Looking for my Country

Like MacNeil reflecting on growing up in his Nova Scotia, I too go northeast to recall my New England childhood and the life growing out of it. Those Vermont years were a slight detour in the family’s mostly westward migration that began long before I appeared. Like all families on the move we have been seeking security, opportunity, self-realization. I have found much of both and now, with the time to do so, I am learning to know myself.

This looking back has been a satisfying self-seeking process. It is cheaper than therapy and simple to share with friends through cyberspace as I make my way. My long-term recollection has compensated for a decreasing short-term memory. Has my reflecting on a childhood so clearly remembered brought genuine self-knowing or merely later life enjoyment? Should I care as long as it was fun? 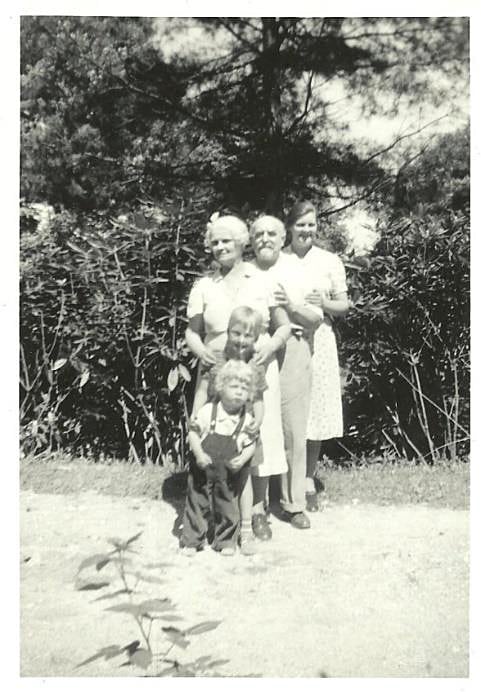 This storytelling exercise has been liberating for this retired academician. What freedom, released from those constraints of scholarly writing… source attribution, correct format, anonymity of subjects, peer review, publisher searches, marketing headaches. With empirical truth no longer a concern, the past is how I remember it… myself, others, events, places, not as it may in fact have been. No verification required. Here I simply describe life as I remember living it. Accuracy is evasive in autobiography as the wish to present one’s best self has its way with factual truth. Secrets and mysteries will remain. As Jonathan Raban in Passage to Juneau reminded me as I began this telling…“Memory always has its own dark purpose, often hidden from the rememberer…” Did I dare continue?

Telling this story has enlightened my ageing. Tapping one’s long-term memory can give growing old a new perspective, responding to a healthy curiosity about oneself. Yes, after all these years I am still almost as curious as I was at age 2, that little guy first in line. I hope to discover, as I write, how those early years in Vermont may have shaped a good deal of how I have since lived.

Human history is one of continual migration… away from life-threats and toward life-chances. Our family has been part of that great movement, from Europe westward. Westing traces that journey’s first leg from Russia to New York, as far as family oral history and photo albums would take me.

Northing takes the family from New York to northern New England. By no means were we the first seekers to head in that direction. Louise Dickinson Rich, E.B.White, the Nearings in the 20th, Thoreau a century earlier… all writing richly of that region. My modest addition to the northern experience put to paper tells why and how we went north and settled there for a bit.

My mother’s letters, comprising most of the Summering and Wintering chapters, were written during our first two years in Vermont.  Life would thereafter become easier as Dad’s books found their market and a steady income. We could then buy a house in Roxbury in the valley below, with school two miles nearer. The farm would become our summer home and its cow barn Dad’s sculpting studio.

Among the keenest recollections for me of life in Vermont were the interesting local people: Ira Flint and Carrie Howe, there on the right, Ernest and Rose Dean, Mert and Ada Richardson, Gladys Hyzer and Roxy 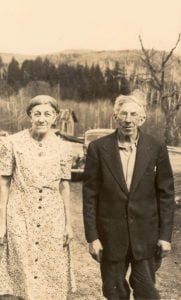 Stokes…all, like my parents, committed to making life work together.

Schooling has us moving down to town life from the isolation of Sullivan Hill. Opa and Oma Laubinger would buy a house down the street from us, with Mona, Dad’s mother installed in an apartment in Montpelier, eleven miles to the north. Dad would climb the hill from town each day to create his books and sculpture, the solitary life he enjoyed. For Mom the change was the opposite…a broader, more comfortable world with friends and piano lessons with Oma for the kids, the sociability she craved, and opportunity for promising civic engagement.

The wider world would not be denied, however, so Exploring moves me along life’s path after Vermont. The family migrates in 1948 to “civilization” in Connecticut where the Wehr kids begin to make their way in the world. We three children, well-churched and well-schooled in Danbury, begin our climb toward higher education, marriage, new families, professional life.

In 1957, with a college degree in hand, I begin a long-lasting Quaker connection that leads me to foreign lands, the teaching profession, and the joys and sorrows of marriage and family-building. What a ride.

In Careering, I move westward from Pennsylvania, to become an academic entrepreneur in conflict sociology and environmental studies over three decades at the University of Colorado. I was making my way into new fields, in a very different climate, a mile higher, and taking on the risk uncertainty always brings with it. Courses to create that would meld my intellectual and activist inclinations, a new and promising urban community to explore, daunting academic ladder to climb, first book to publish, two houses 3,000 miles apart abuilding simultaneously. Hmmm…is this guy nuts? Somehow, though, I emerged by 1980 relatively unscathed and unbowed. My life in academic limbo was over, tenure granted.

Browsing takes me through a more secure if not quieter life of 15 years or so. A growing sense of social and professional competence would soon lead me, overriding my usual circumspection, to a challenge better refused. Chairing a fractious academic department for several years was, shall we say, bad for my health. Once I came out from under that responsibility, however, life was much more balanced and interesting. My teaching, research and peace studies promoting would take me through many global miles, societies and families.

Settling will reveal that while my middle years were enjoyable and challenging, I would slowly become aware of an absence of rootedness, of peace of mind. I would look increasingly for some permanence and integration in my scattered life. I would find it in family-building, this time for life enrichment and with sober experience as backdrop. Several major health traumas would punctuate the settling process. Life taking on its true trajectory.

In Reflecting, I examine my nearly eight decades as a moderately principled opportunist and how the Vermont years might have influenced them. My reflection reminded me how important are our early years for who we become, with the indelible imprint of the social space and physical place we inhabit as children. It suggested, too, the power of the groups, organizations and belief systems that capture and release us as we mature. Quakerism and the university were special opportunity fields that I cultivated and harvested, leaving me and I hope them better off for it.

I should note that my use of the present participle in the book’s chapter titles reflects how I tell the story. I write, share, rewrite, rethink and just never let it be…an ongoing, never ending process.

Other members of the Wehr family contribute to this story. My mother Julie has shared her part of our Vermont adventure in an unpublished typescript, “The Wehrwithal”, later drawing from it a number of essays as Green Mountain Vignettes. Much of her writing is found in Chapters 2,3, and 4. My sister Jeanine, her husband Larry and our brother Dave have created a video disc, “An Artist’s Life“, which chronicles our father’s personal and professional life. It is part of the Julian Wehr Collection archived at the U. of Virginia (www.lib.virginia.edu/small). Mom Julie’s photos, Dad Julian’s sketches, Jeanine’s characterizations, and brother Dave’s recorded recollections are thus all part of this celebration of family. So, let the telling begin.